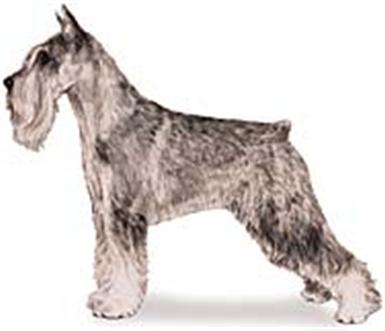 About The Standard Schnauzer 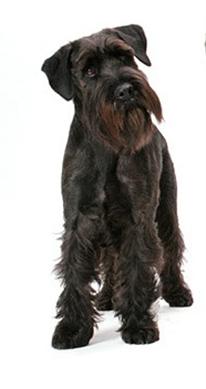 Brief History of the Standard  Schnauzer

TODAY'S STANDARD SCHNAUZER
Today's Standard Schnauzer is a medium-sized working breed in the schnauzer/pinscher canine family. It is not a terrier and was not developed to "go to ground." SS are characterized by a robust, square, athletic build, a dense, wiry, harsh coat of black or pepper and salt and an energetic, intelligent temperinment. Standard Schnauzers are sociable, alert, affectionate, protective and reliable in nature, with a good sense of humor. They are generally healthy, sturdy and long-lived with few hereditary illnesses. SSCA breeders check their stock for hip dysplasia, and most also screen for eye defects and other hereditary problems.

The Standard Schnauzer is not the breed for those who want a slow, placid dog or one that can be "fed and forgotten" for they insist on being part of the family activities and develop best when treated in this manner. They are outstanding companions known for their devotion and love of their family, and are not "one person dogs" but instead become a true family member. SS are particularly good with children, being playful and tolerant. At the same time, they are alert to any intruder which might threaten their home and family.

Standards are very intelligent and can be strong-willed. Owners must be prepared to train their new puppy from the beginning. Early Kindergarten Puppy Training and later, regular obedience classes, is the best approach.

Many SS participate in conformation and performance events (obedience, agility) where their trainability, alertness and enthusiasm serve them well. One growing area of interest among Standard owners is herding, for which most SS show real talent. A number of Standards now serve as Therapy Dogs, as Service Dogs for the physically-challenged, Search-and Rescue Dogs or as drug or bomb-detection dog 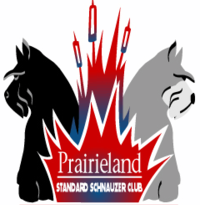